Utsjoki is Finland’s only municipality with a Sámi majority. The Sámi culture is rich and versatile.
Understanding local culture and paying attention to locals while travelling is an important part of
sustainability. At the same time, you are able to learn more about Finland’s only indigenous people
and the Utsjoki way of life. 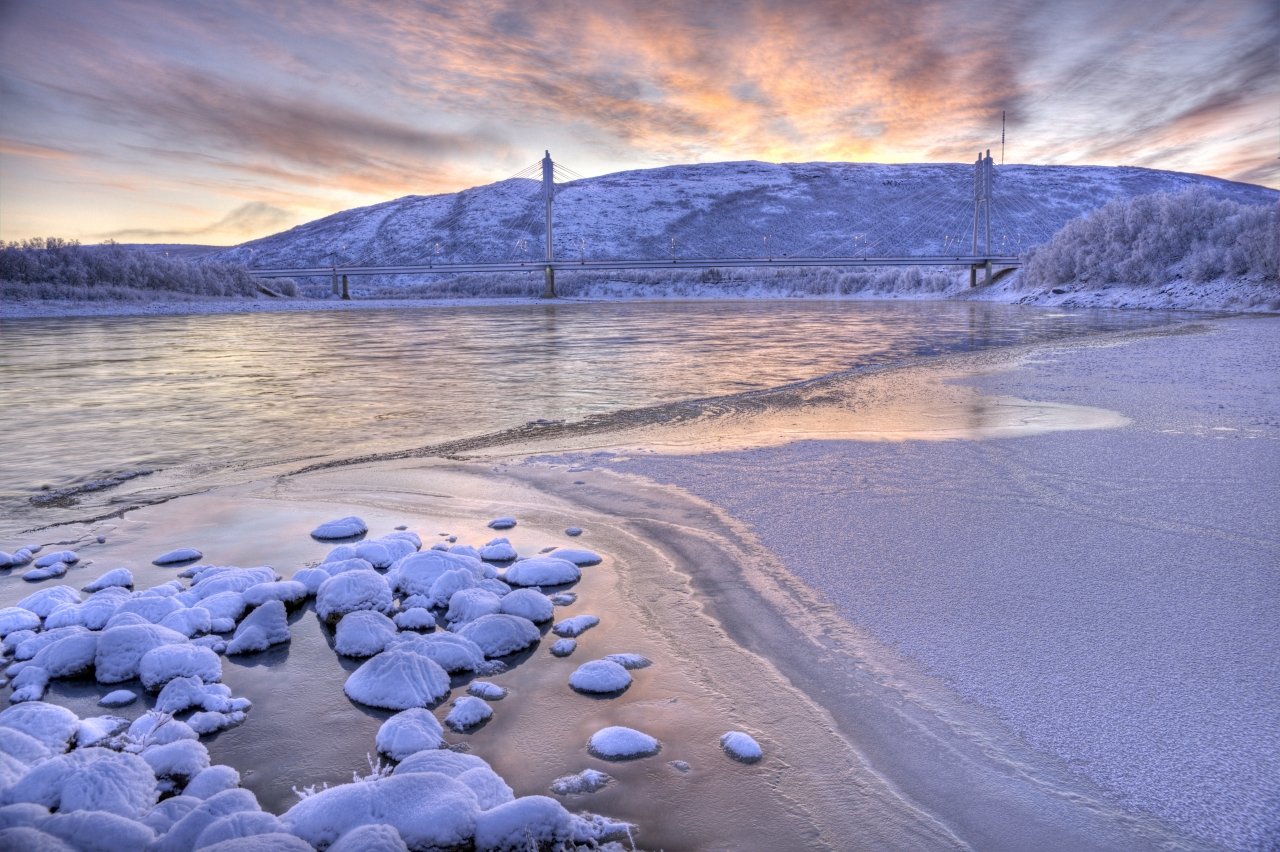 Sámiland, Sápmi, or the so-called Sámi area extends to the territories of Finland, Norway, Sweden and Russia. In Finland, the Sámi area includes the municipalities of Utsjoki, Enontekiö and Inari,
and the reindeer herding cooperative of Lapland. The Sámi area is unanimous in its culture and languages, and the geographical state borders do not usually show in everyday life. There are roughly 10 000 Sámi in Finland. The Sámi national day is on 6 February. The Sámi people are the only indigenous people in the EU area, and Utsjoki is the only Finnish community with a Sámi
majority. 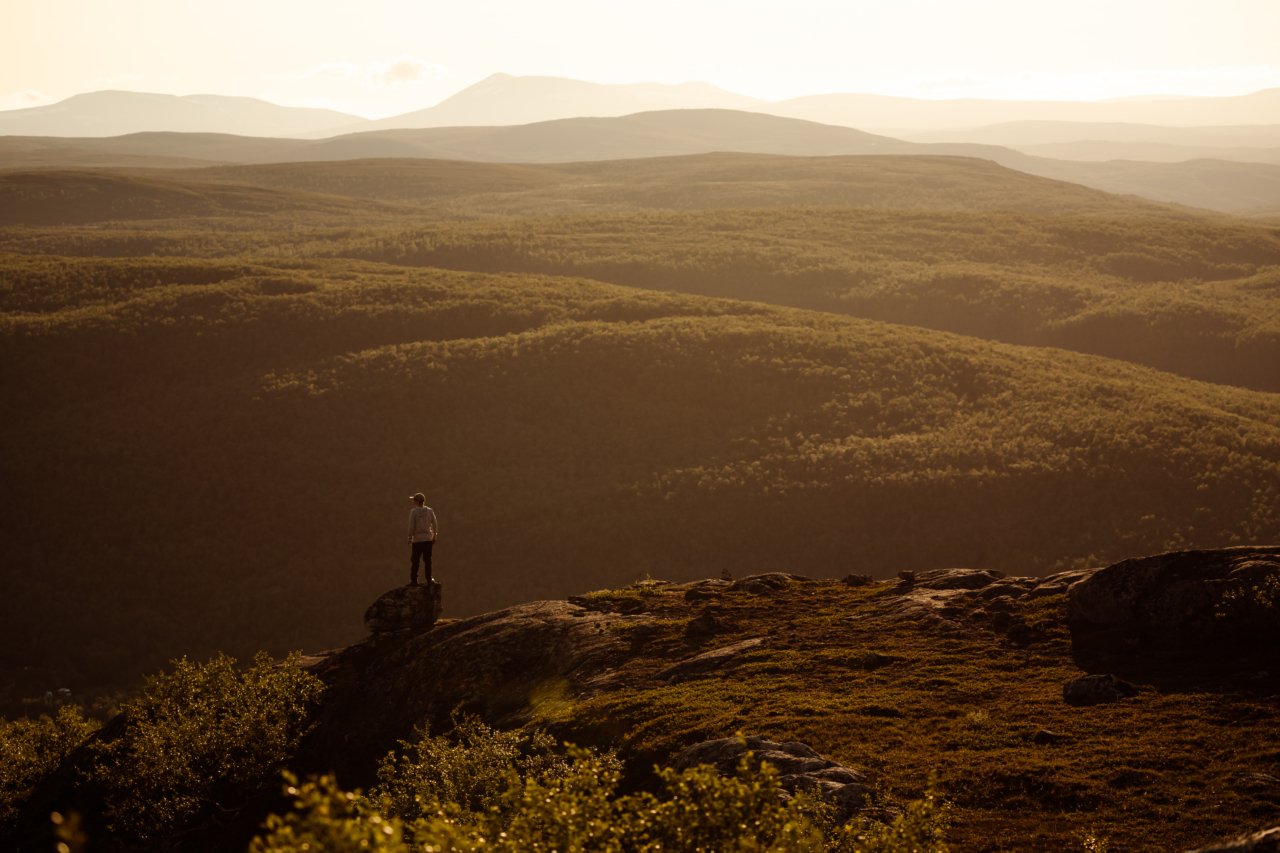 In the Sámi terminology, nature is an important part of the Sámi cultural environment and an
important part of the Sámi way of life. Hence, nature does not mean virgin wilderness but it is an
environment tightly bound to culture, which is respected and taken care of. The traditional Sámi
livelihoods poronhoito, fishing, hunting,
collecting and crafts are vibrant and profitable today and closely related to nature. The temporally
more recent livelihood, responsibly and ethically sustainable tourism in the Sámi area, is closely
connected to nature and the environment. Respect of nature, responsible activities in the nature,
wilderness skills and taking care of the environment have been part of the Sámi culture always, for centuries. Relationship to nature, understanding of and respect for nature and living according to the natural cycles are among the major Sámi cultural features.

Sámi Culture is Rich and Versatile

The Sámi costume or the Sámi Gákti in Northern Sámi is an important national dress for the Sámi people and has a major bearing in the Sámi culture. Gákti is magnificent handiwork and it is often a
valued garment prepared by a family member or relative. There are many different types of Gákti and different Sámi families, regions and areas have their own special Gákti. The Sámi dress is a fine example of skilled and detailed Sámi handicraft tradition. The use of Gákti involves many meanings; it talks about its makers and the home region of its user. The national costume is used
particularly on important occasions and in festivities.

The Sámi handiwork or Sámi duodji is beautiful to see, useful and suited to use. Sámi gákti or the Sámi costume is a fine example of skilful Sámi handiwork, but the Sámi handicraft tradition contains much more. Skilfully made guksi, beautifully carved knives, clothes, shoes, meal boxes, belts, hides and so forth. The spectrum of Sámi handiwork is large. The Sámi handicrafts are primarily meant for use, although they are so pleasing to the eye that they often end up as ornaments on display. The original Sámi handicraft can be recognised by the registered Sámi Duodji trademark.

A rich musical tradition is also closely related to the Sámi culture. The Sámi joik tradition is Sámi folk music and cultural heritage. Like the Sámi costume, joik is a versatile and polysemic form of
music. To be more precise, joik is much more than music: it primarily talks about a person or place. A person joik is made about a specific person. The purpose of a joik can also be to expel a predator from a herd of reindeer, saying hello to an old friend, or remembering the past and telling stories. You can joik in the rugged mountains or when doing everyday chores.

Paying Attention to Locals when Travelling

Utsjoki is a municipality with a Sámi majority, and we seek to preserve genuine local culture and
way of living for future generations. The preservation of culture is supported by the traveller
learning about local culture while visiting Utsjoki. Information can be sought before the trip,
whereupon respect can be shown for the culture and you can get much more out of the trip. For
further information, please see www.samediggi.fi.

Please do not photograph local people or private property without permission. Photographing children is only allowed with the parents’ approval. Remember to respect the private occasions part
of the local culture: please do not disturb events such as weddings, funerals or other parties.

Visiting treasured historical sites is a thrill. To preserve our cultural history, please make sure that your visit is respectful and leaves no traces. Please do not carve your name in buildings, structures or memorials.

Please buy the tourism activities related to the Sámi people and Sámi culture from the Sámi service providers operating sustainably and ethically. This will ensure a genuine experience,
preservation of culture and conveying of truthful information.

The Sàmi Parliament have drafted Ethical Guidelines for Sami Tourism. Other tips for responsible
travel in Utsjoki can be found here. 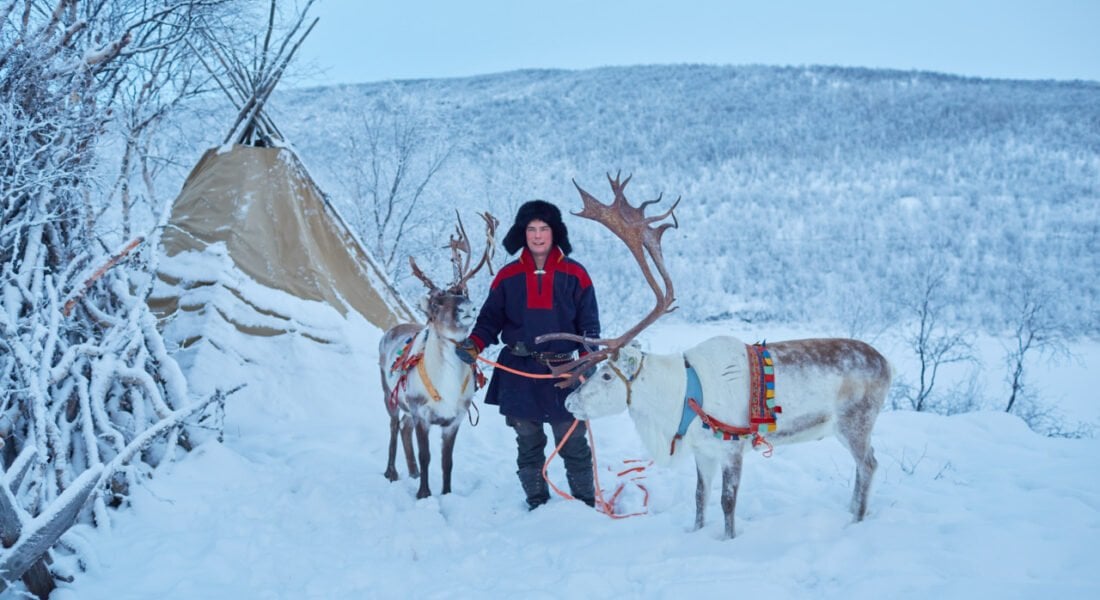 In Utsjoki, you are likely to hear people speaking Sámi. The Sámi languages are native European languages and there is a total of nine of them: Southern, Umeå, Pite, Luleå, Inari, Skolt, Kildin, Turjan and Northern Sámi. In the Utsjoki region, Northern Sámi is spoken. The Sámi language has an official status in the Sámi domicile area, and Sámi speakers have a right to speak Sámi when contacting a government office. In Utsjoki, Northern Sámi is commonly spoken everywhere. We hence compiled a short Finnish-Northern Sámi-Finnish dictionary of words and phrases commonly related to the Utsjoki region.