The most beautiful road in Finland

The route 970 takes you from Karigasniemi to Utsjoki following the 100 km journey alongside the River Teno continuing from there to Nuorgam. This “Route Teno” has been given the title of the most beautiful route in Finland as it travels alongside the river through breathtakingly beautiful fells and valleys.

Sámiland is a land of great distances. Similarly to any traffic-jammed metropolis, the distances in Sámiland are not measured in kilometres, but rather in time. However, it goes without saying that you should never count the hours spent on the road, if you have made your travel plans on the basis of aesthetic values. Tenontie, the loveliest scenic road in Finland, should always be travelled slowly, enjoying the panoramic beauty of the countryside.

There are also many attractions to be found by Tenontie. In Seitala, on the southwest side of a sacrificial seita stone standing on the steep and rocky slope of the Sieiddenjunni hill, there is an almost man-sized hollow where the sacrificial offerings were once placed. The steep and stately valley slopes sometimes seem to rise straight from the river. In other places, the slopes of the fells have pulled farther back from the river, leaving space for plateaus, a handful of houses or even a tiny village.

The small Sámi villages of Rovisuvanto, Outakoski, Dálvadas and Nuvvus are located between Karigasniemi and Utsjoki. You will also be able to see three sacred Ailigas fells along the way; they are located in Karigasniemi, Nuvvus and Utsjoki. It is definitely worthwhile making your way to the top of Nuvvus-Ailigas – the view down to the Tenojoki river valley is to die for! You can see the river winding along like a snake, glittering like silver, whilst dense birch forests give the slopes a lush appearance. 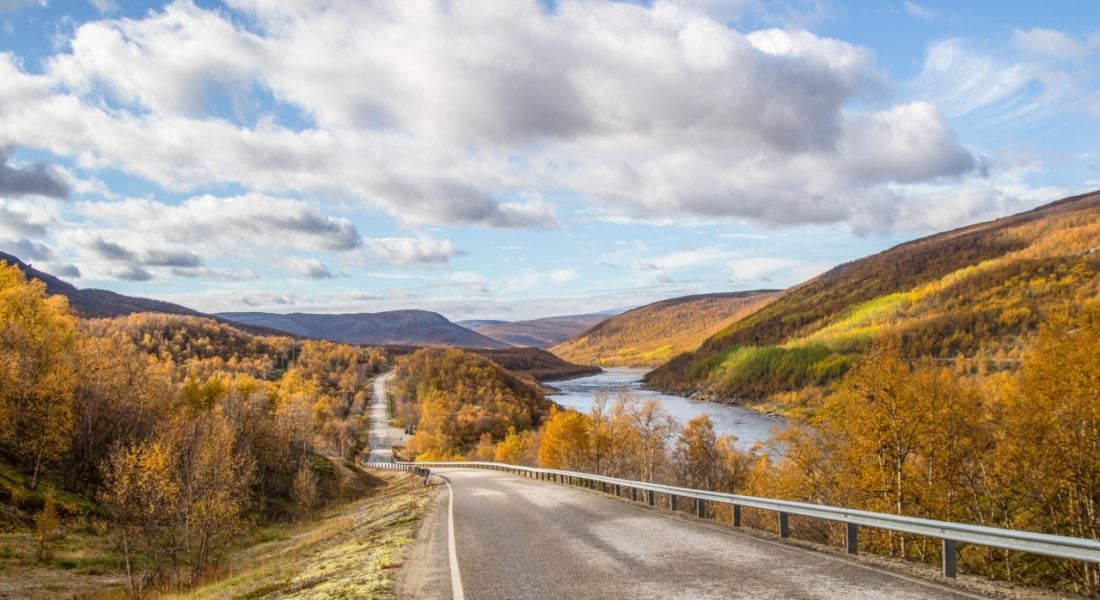